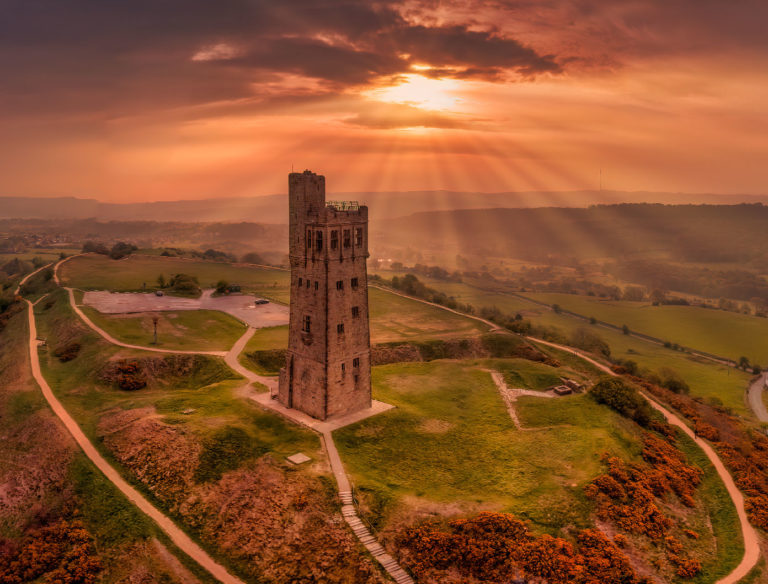 Castle Hill dates back over 4000 years, with evidence of settlers from the neolithic period (4000 – 2500 BC) first taking residence.
The site was used for centuries before being first fortified around 700 BC with a single rampart being built to enclose around a 5 acre area. 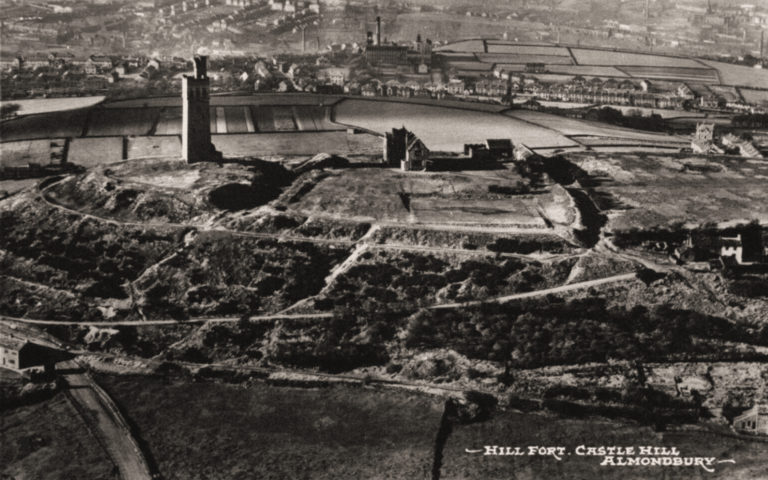 During the 7th and 6th centuries BC the univallate hillfort (a type of raised earthwork structure used as a defensive settlement) evolved to a multivallate with the additions of two further ramparts increasing the total defended area to around 10 acres.

During the 5th century BC the hill became occupied by the Brigantes tribe, and went through a series of upgrades to the defences, converting the outer rampart to stone and increasing the size and depth of the various ditches.
The site continued to grow until there was a large fire that wiped out the entire settlement, leaving the site unoccupied for the next 1500 years. 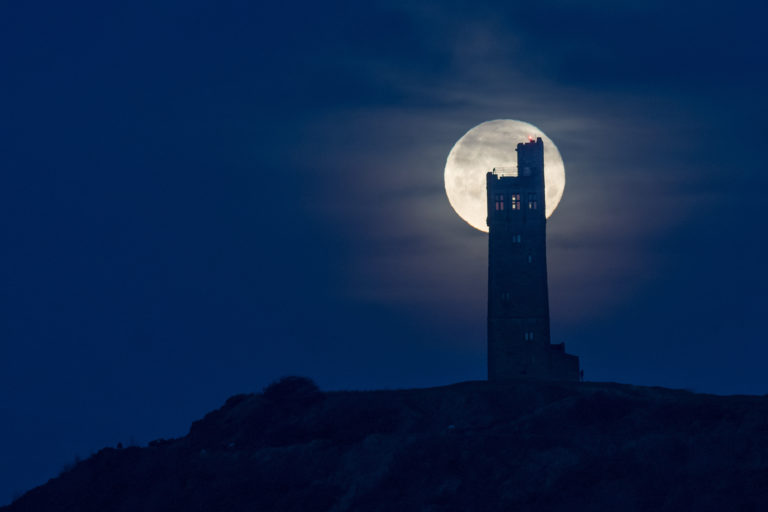 After the Norman Conquest of 1066, the area of Almondbury became part of the Honour of Pontefract and subsequently was under the ownership of the De Laci estate. Around 1140 Illbert De Laci built a motte and bailey castle on the site, of which the well still remains, which was mentioned in the charter of King Stephen to Henry De Laci. It is thought that most of the surviving ditches and embankments were created during this period of renovation.

In the early 14th Century an attempt was made to found a further settlement in the lower bailey, but by 1320 the whole Castle Hill site was abandoned and left as such until the 19th Century. Over this time, the elevated position of the hill meant it was used on a few occasions for lighting warning beacons (one such occasion being for the warning of the approaching Spanish Armada). 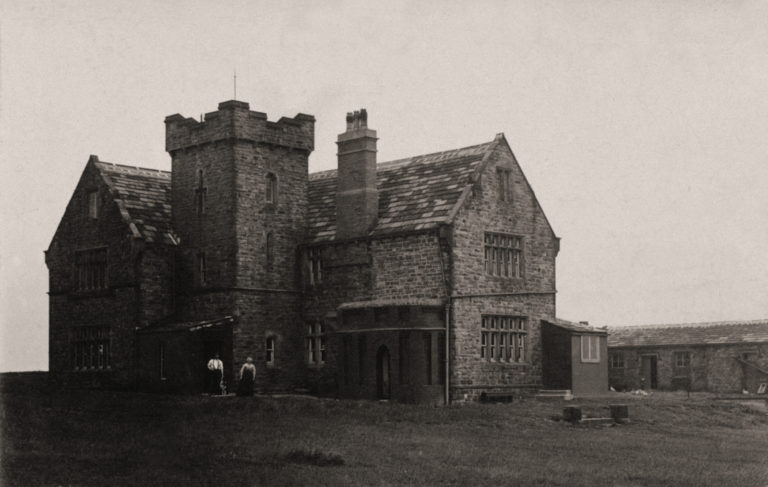 During the 19th century the site became increasingly used for larger social gatherings. A bowling green was built to the north of the hill.

In 1810 a small alehouse was built on the site, which was later applied to be replaced by a larger building with hotel facilities. The license was granted and the structure was built by 1854. The pub transferred ownership by the late 1990’s by the Thandi Partnership, who sought to renovate the property, but variation from approved plans led to the building being demolished in 2005. 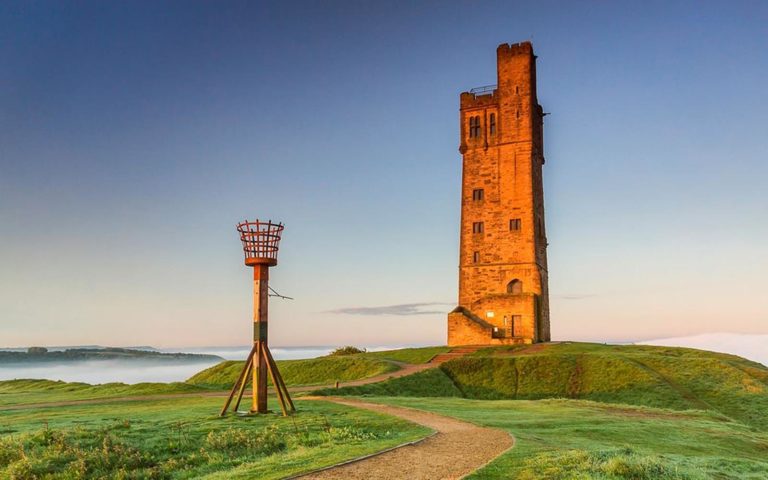 On 25th June 1898 the cornerstone of Victoria Tower was laid by Mr John Frenchville Ramsden, and the tower was completed the following year and officially opened by the Earl of Scarborough on the 25th June 1899 to commemorate the 60th anniversary of Queen Victoria’s reign.

The peaceful site of Castle Hill now lays bare except for the imposing and iconic Victoria Tower, and the aging remains of the various fortifications erected over the centuries. The footpaths, which run the whole way around the hill, make a perfect walk to take in the panoramic scenery on offer, and the open grassed areas are perfect for a summer picnic (maybe even with our gin!)

Click & Drag on the image below to look around...